We are very happy to announce that we have won the Best of Interior Award 2021 with our project "Linea Nera". Click here to get insights into the project. 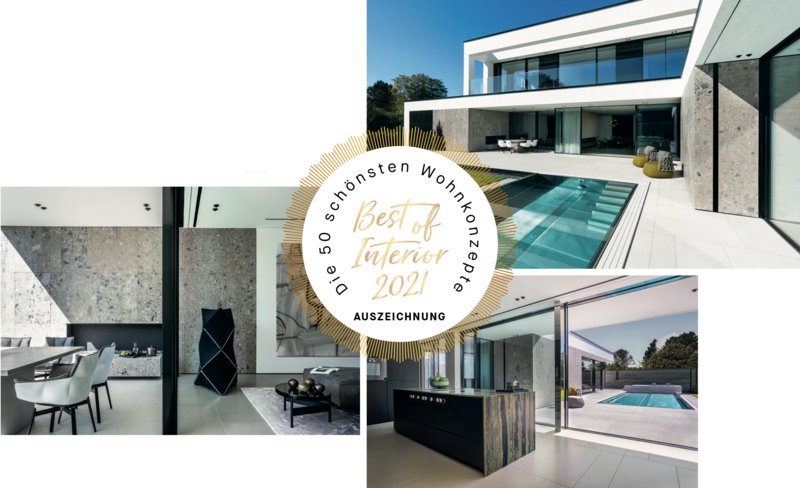 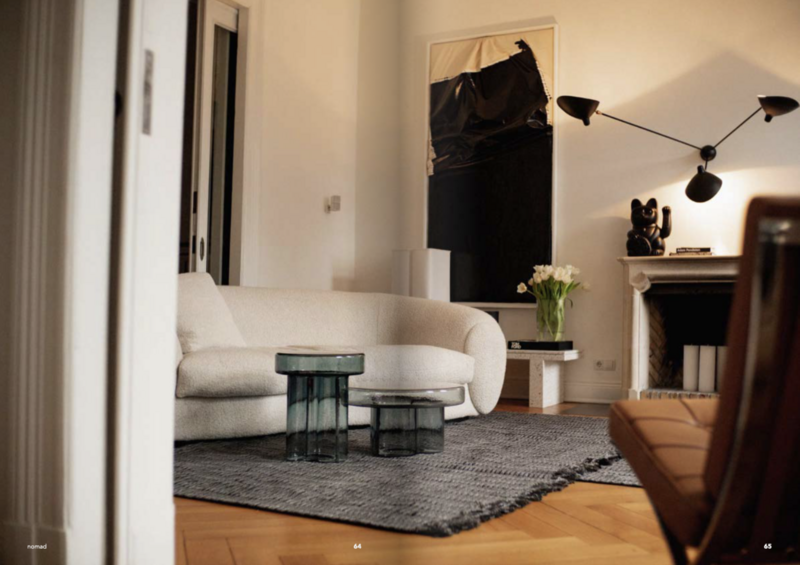 We are very happy about Architectural Digest Online publishing our project "Traditional Café". Click here to read the full article. 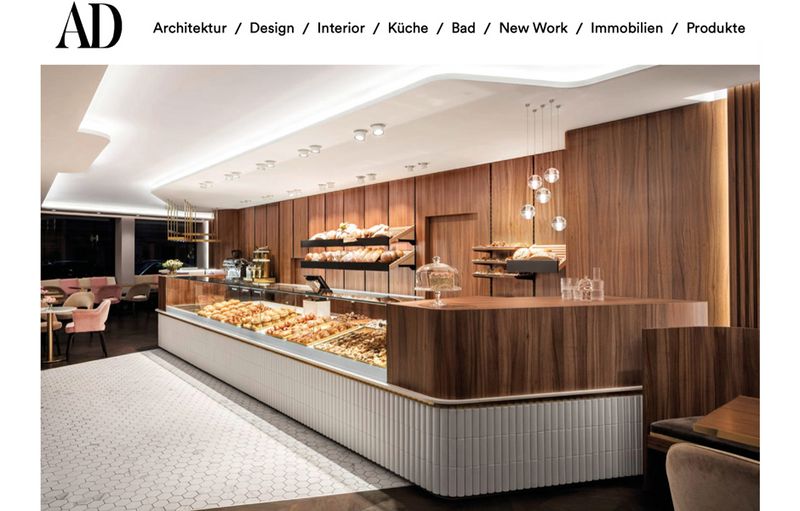 Our project in the current issue of AIT magazine

The September issue of AIT magazine presents our project “Traditional café”. On two pages, the project is shown in detail. 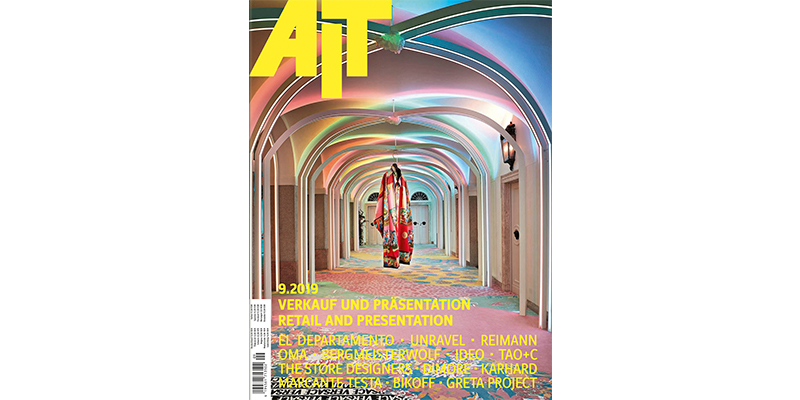 In the latest Hamburg edition of the CUBE magazine, which shows exclusive living spaces and modern architecture, the project Townhouse HH was published. In the historic building from the 17th century baroque elements were combined harmoniously with modern design. Vibrant colours, different styles and minimalistic shapes build an intriguing contrast to expressive materials. 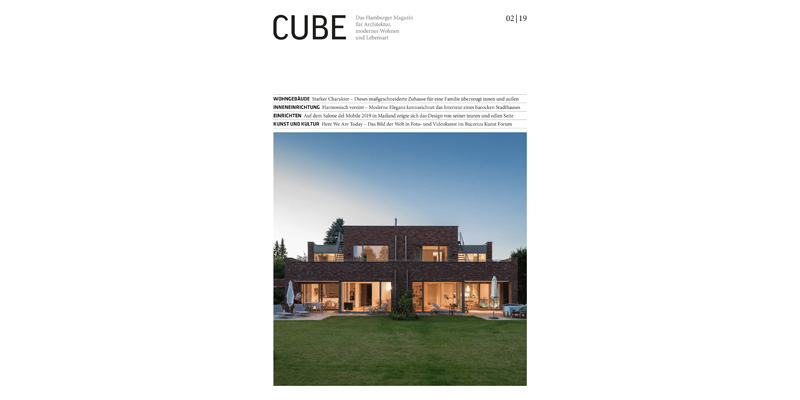 Giving an object a distinctive appearance

This was the aim when creating our design concept for the project VIB Vermögen AG. We wanted to reflect the dynamic of the company in the design - with success. In fact, exactly the dynamic design language of the project convinced the jury of the German Design Award 2019 to award us a "Special Mention".

Big thanks to the Donaukurier for the media coverage! 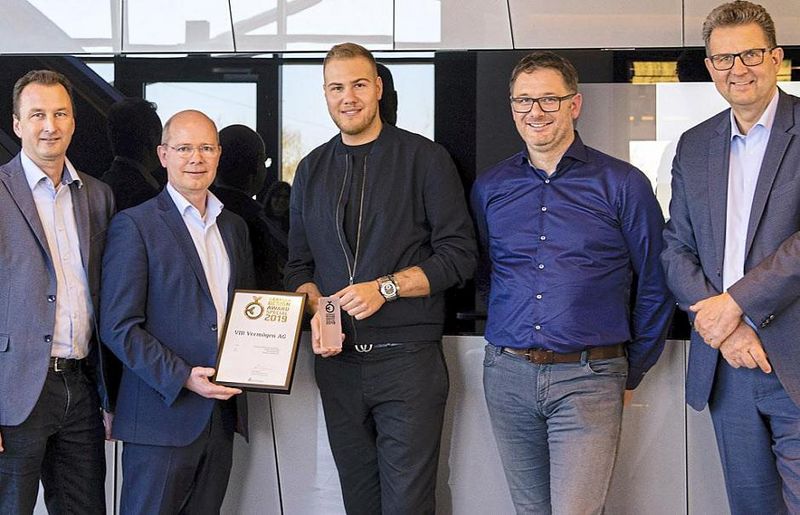 md magazine starts a new series under the title “interior architects on instagram”. Our studio is the kickoff of the series. “A refined and elaborated project history” is created under @reimannarchitecture, says md magazine. The feed underlines our brand Reimann Architecture and draws the attention of young talents to our work. Curious? Find the full article here www.md-mag.com/people/innenarchitekten/reimannarchitecture/. 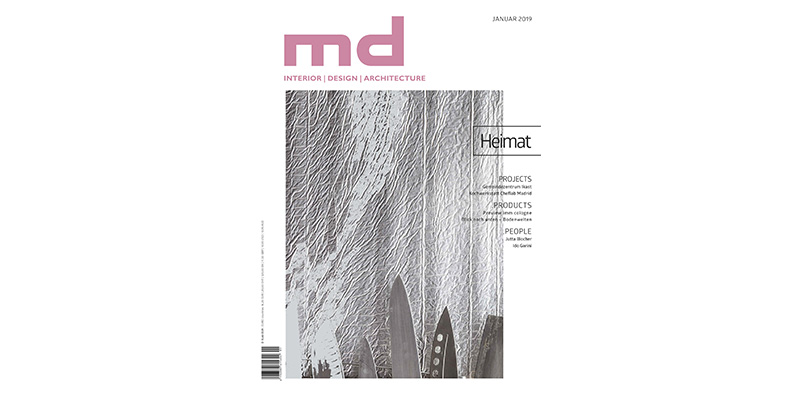 Thinking from the inside to the outside

In an interview with the Eichstätter Kurier, Julius Reimann talks about the philosophy of Reimann Architecture, his individual design approach and a major construction project in Eichstätt.

In the Eichstätter Kurier, a regional newspaper in Julius Reimann’s hometown, he talks about his work, the philosophy of the design studio and about the future of the town Eichstätt. In the interview, he explains his original approach of designing spaces from the inside to the outside and how spaces are thereby developed reasonably and aesthetically. The first project, which is built completely according to this approach, is the hotel in the quarter Spitalstadt in Eichstätt. As Julius Reimann is born in Eichstätt, he feels very strongly about the town and its progress in the future. This is one reason, why the hotel, a quite controversial construction project, is supposed to generate more tourism in the city and to optically enrich the cityscape. 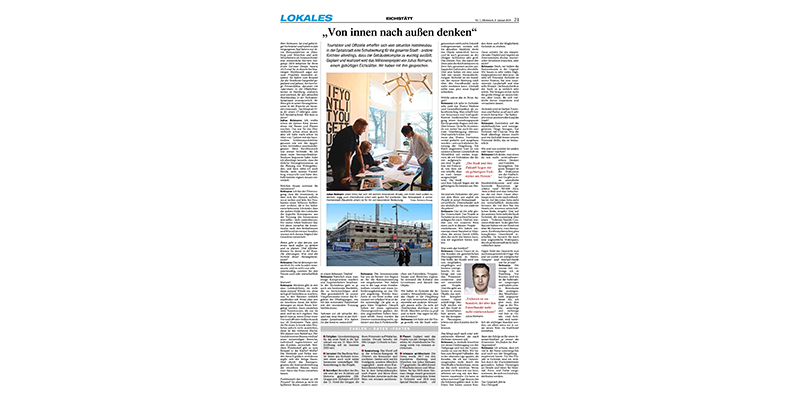 Two of our projects were honoured at the German Design Award 2019 in the category Excellent Communications Design. The project „VIB Vermögen AG“ convinced the jury with its reduced design and its dynamic aesthetic of its forms. The project „Townhouse HH“also got a Special Mention. Especially the interplay of modern interior design and the historical architecture of the building were highlighted by the jury. We are very honoured and proud of the two awards! 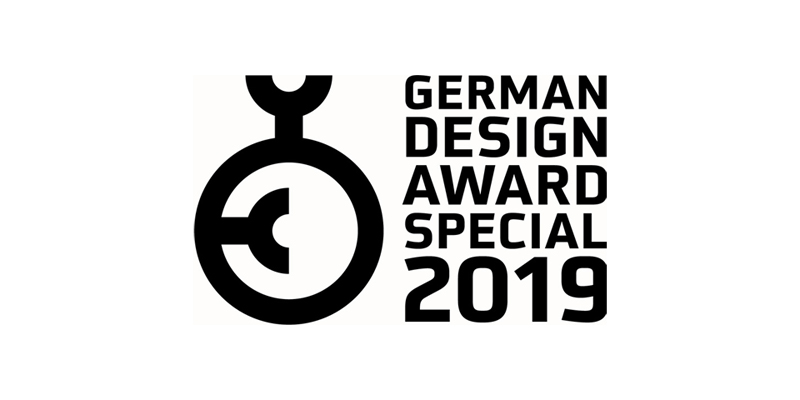 Travels to Spain with AIT 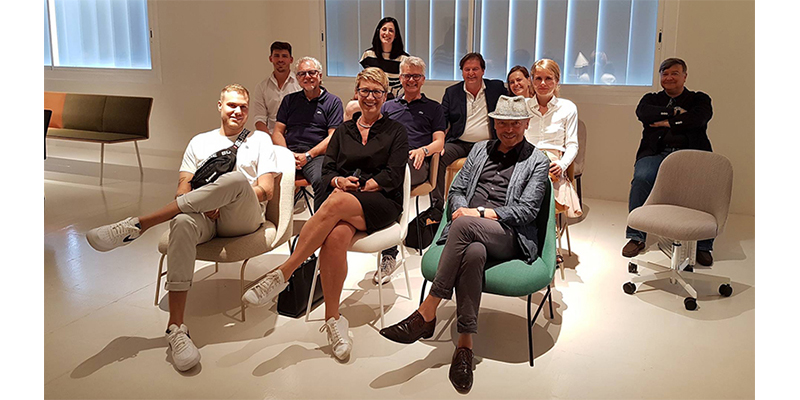 Nominated for the German Design Award 2019

Two of our projects are nominated in the category Excellent Communications Design.

Our projects “Townhouse HH” and “VIB Vermögen AG” have been nominated for the German Design Award 2019 in the category Excellent Communications Design. If we will receive an award, will be published upcoming November. We are excited! 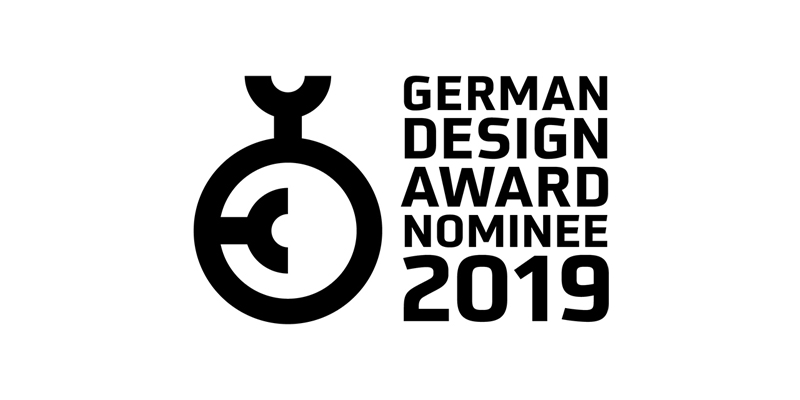 For the second time in a row, we got a spot in the bdia handbook for interior architecture. Our project “Townhouse HH“ combines style elements from the 17th century with modern design. This approach has convinced the team of the bdia. The handbook presents a “representative collection of high quality projects and subjects“, says Silvia Leydecker, vice president of the federation of German interior architects. We are thankful for being part of it once again! 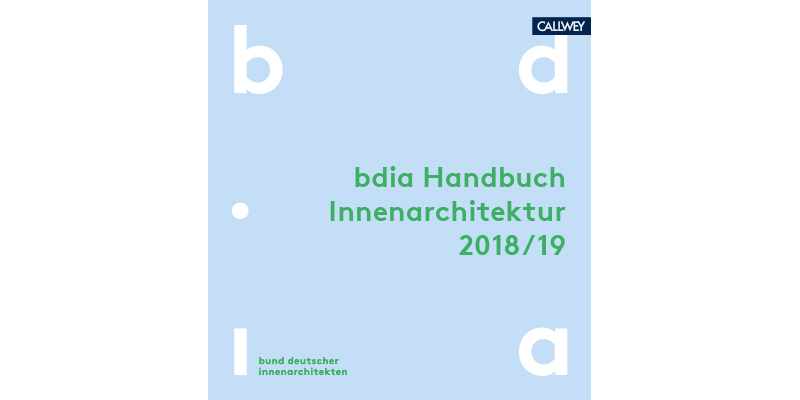 The innovative concept of our project “Townhouse HH“ has convinced.

In its magazine CEAlab, the Italian fittings manufacturer CEA showcases international architecture and interior architecture projects, which are characterized by innovative solutions between design and architecture. Our project “Townhouse HH“ is one of eleven projects, which made it into CEAlab magazine no.9. CEA products, used in this project, underline its design concept, which emphasizes a high level of quality in material and detail. 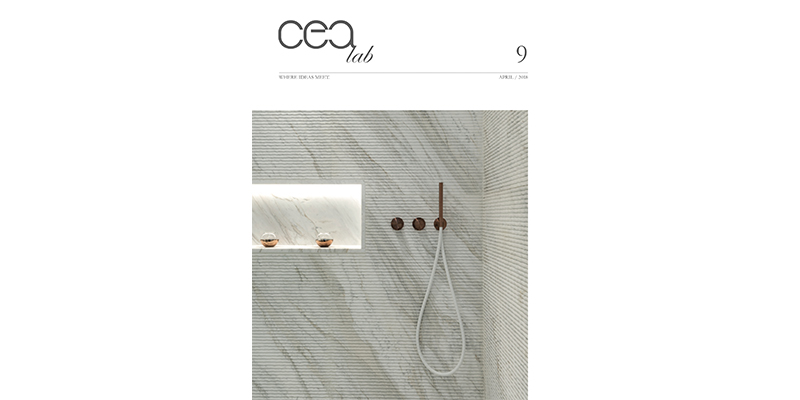 On the 15th of March 2018 the construction works officially started.

The foundations of the new hotel in the Spitalstadt Eichstätt in Bavaria have been laid. The Hotel will have around 100 rooms and suites in different categories as well as several multifunctional conference rooms with space for around 100 people. Details about the interior design are a secret so far – stay tuned! 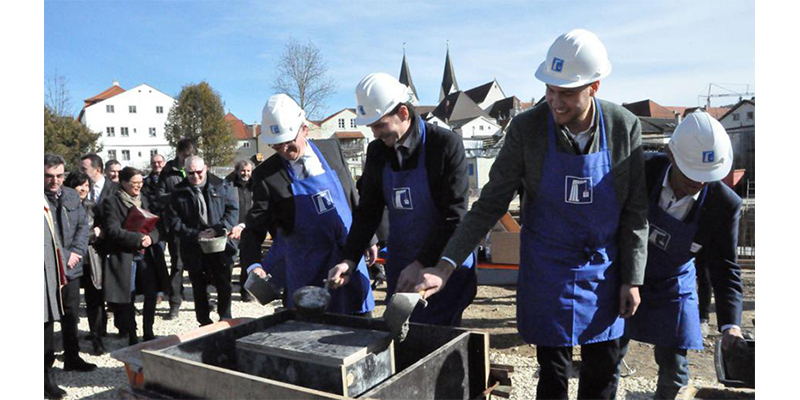 The project Headquarter VIB Vermögen AG is published in the latest product catalogue of the Belgian light manufacturer Kreon. Reimann Architecture is on that note the only German architecture company, which is part of the publication. We feel very honoured! 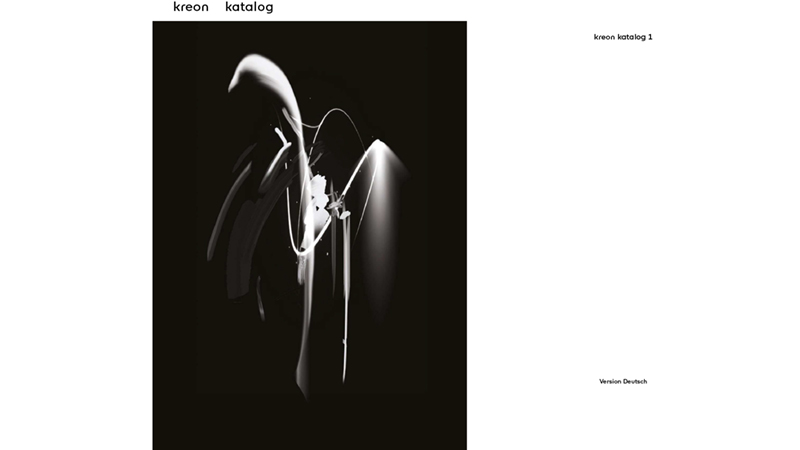 For the section "Vorstellungsgespräch" of the December-issue of AIT magazine Julius Reimann answered questions about his favourite corner in his house, gave his opinion to prejudices in the industry and shows what good interior architecture means for him. In the section "Vorstellungsgespräch" AIT asks aspiring and renowned interior-/ architects to give a short portrait about their company and give insights into the creatives' thoughts and attitudes. 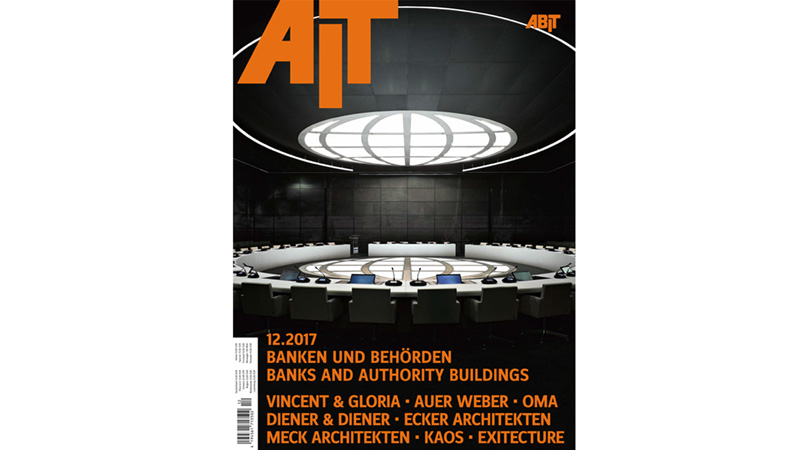 The keynote theme "UNIQUE YOUNIVERSE" of DOMOTEX 2018 was visualized in an installation called "Endless Uniqueness". 50 designers, among them the ten best interior architects of Germany, got the task to create their very own interpretation of the main theme. They designed a box, which represents a 3D-business card of their company. Reimann Architecture was chosen to be one of them. The box consists of a fluent transition between inside and outside. Glass opens sight into vastness. Mirrors are symbol for consciousness, following Reimann Architecture's main theme: "we are shaping identity". Closeness to nature is visualized through the use of natural stone and moss. 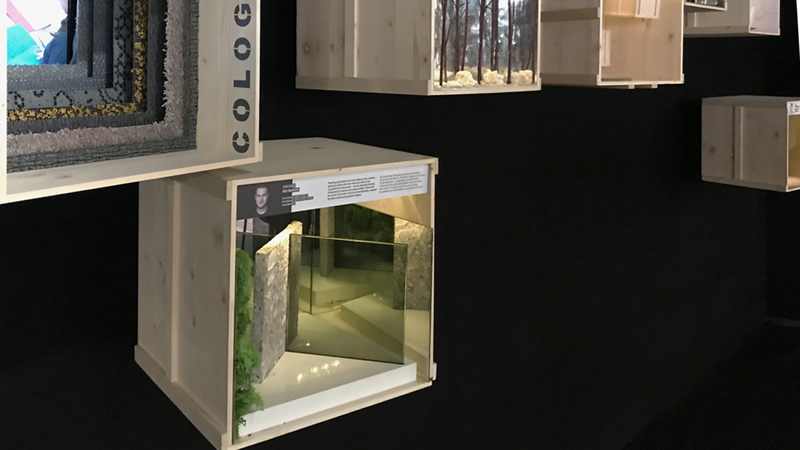 In collaboration with Thomas Geuder from world-architects Julius Reimann guided a tour around the special display "framing trends" at DOMOTEX 2018. Nearly 50 participants of the exhibition tour found out more about partner companies of Reimann Architecture such as Hossein Rezvani or Rug Star and gained insights into the daily tasks of Julius Reimann. DOMOTEX offered in total eight guided tours with renowned architects and designers. This year DOMOTEX Hanover, the world's leading tradeshow for carpets and floor coverings, has "UNIQUE YOUNIVERSE" as the keynote theme: global trends such as individualization and personalization have an impact on the floor coverings industry. Products and services are therefore more and more orientated towards the customer. 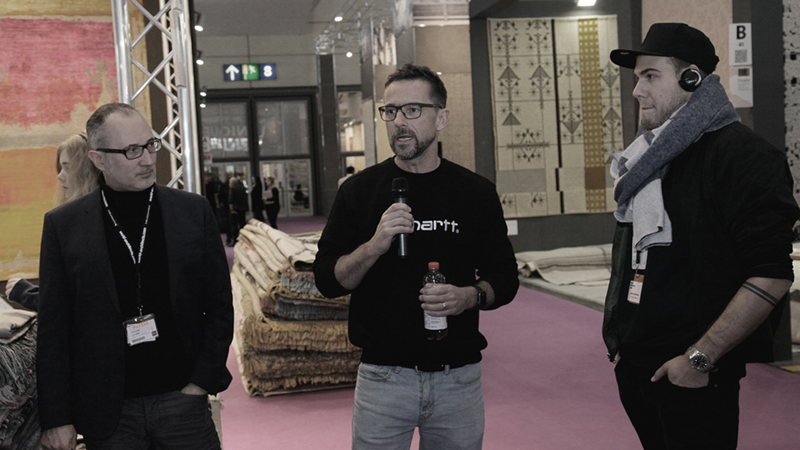 „Simply extraordinary“ - in a designer portrait, published by the special-interest magazine Interior Fashion, Julius Reimann talks about his career start, his innovative approach of building from the inside to the outside and about sustainability and its meaning for him. Interior Fashion is all about Interior and Design: a decent mix of business insights and entertainment. 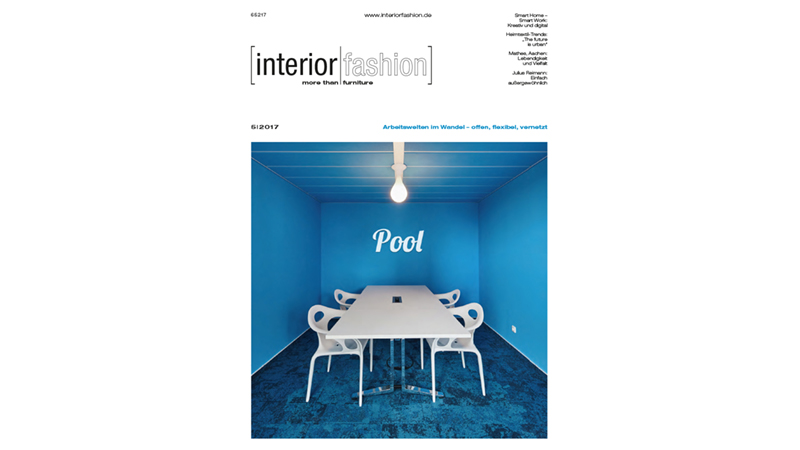 Our project „brand embassy skin“ is published in the latest issue of AIT magazine. We are very pleased about the multi-paged article! The current AIT is all about health and spa. The times when beauty was seen as a pure gift of God are long gone. Nowadays plastic surgery has become a social standard. As a consequence not only the demands on the competency of specialist physicians are growing but also on the atmosphere of the treatment rooms. Our project „brand embassy skin“ convinced the editors with its balance between clearness and cosiness. 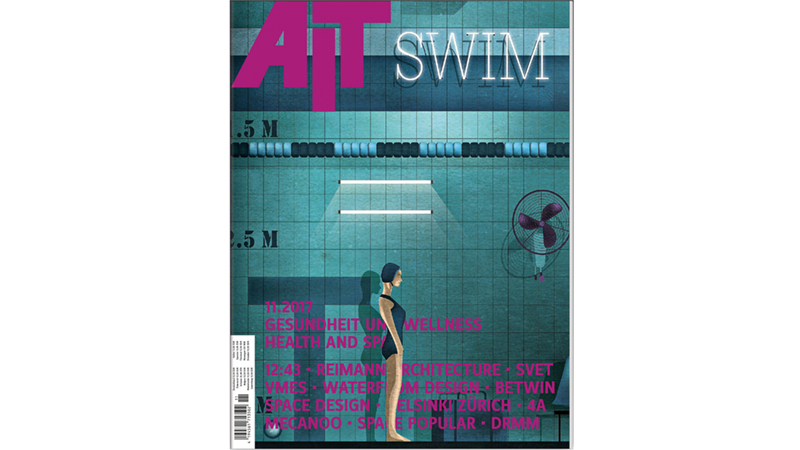 From nominee to winner

Our project „Brand embassy skin“ prevailed against a total of 5.000 entries. A jury consisting of top-level international design experts chose our project as the winner of the German Design Award 2018 in the category interior. It is the top international prize of the German Design Council. Its goal is to discover, present and honour unique design trends. Therefore, every year, top-quality entries from product and communication design are rewarded, all of which are in their own way ground-breaking in the international design landscape. Launched in 2012, the German Design Award is one of the most well-respected design competitions in the world and is held in high regard well beyond professional circles. The award sets the highest standards when it comes to selecting the prize-winners: in the nomination process, panels of experts from the German Design Council invite only those products and communication design services to participate in the competition that demonstrably set themselves apart from their competitors thanks to their design quality. All awards are determined during a two-day jury session. 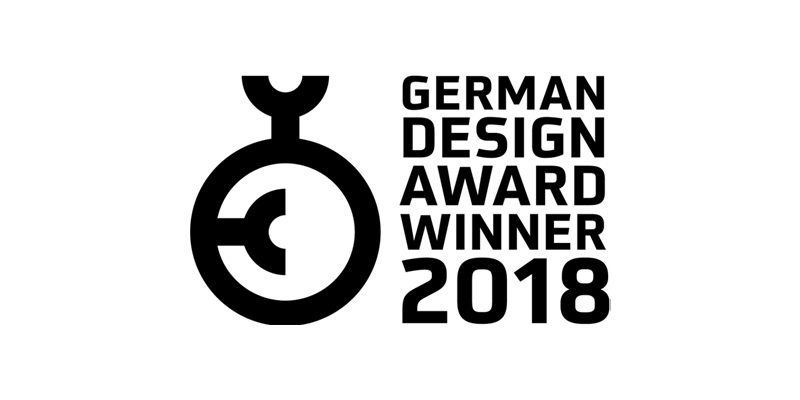 Winner in the category Townhouse

We are delighted to announce that we are the winner of the Finest Interior Award: private 2017 in the category Townhouse. With our winning project „Townhouse HH“ we are bringing the prize home to Hamburg, which at the same time is the capital of townhouses in Germany. Product designer and honorary member Werner Aisslinger handed us the prize at the award ceremony in the Belgian embassy in Berlin. The Finest Interior Award: private 2017 honours the work of architects and interior architects from all around Europe. An honorary jury chooses the winners in collaboration with institutions, associations und premium brand partners. 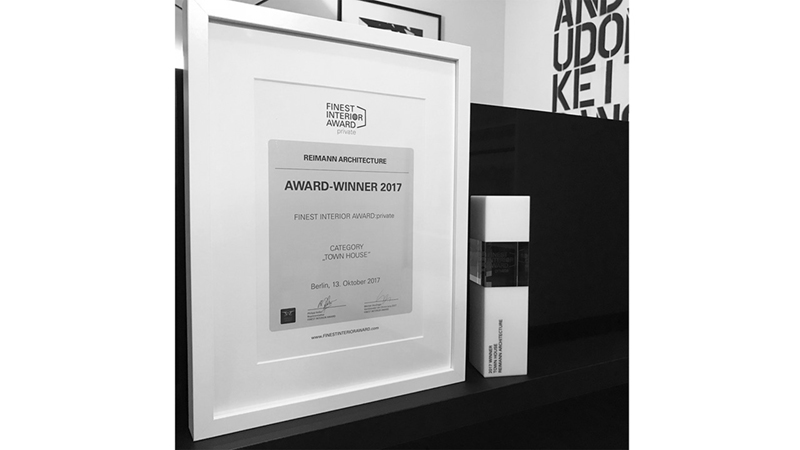 The INsider Award is commended by AIT magazine and Carpet Concept and honours top interior design projects. This year Julius Reimann, founder of Reimann Architecture, is nominated in the category „personal performance“. We will keep our fingers crossed. 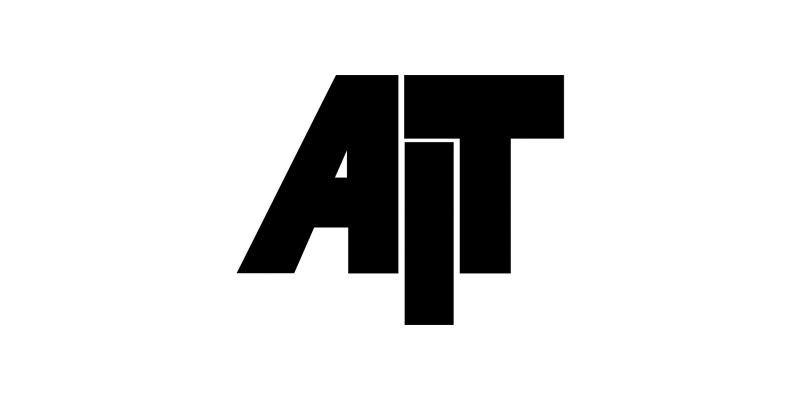 Published in the BDIA Atlas

The Association of German Interior Architects published our project „Brand Embassy Skin“ in the latest BDIA handbook 2017/2018 together with other 24 projects from Germany. Every year the BIDA Atlas shows innovative and excellent projects from the sectors architecture and interior. Our project was presented to the public at the AIT Salon in Hamburg by Julius Reimann. 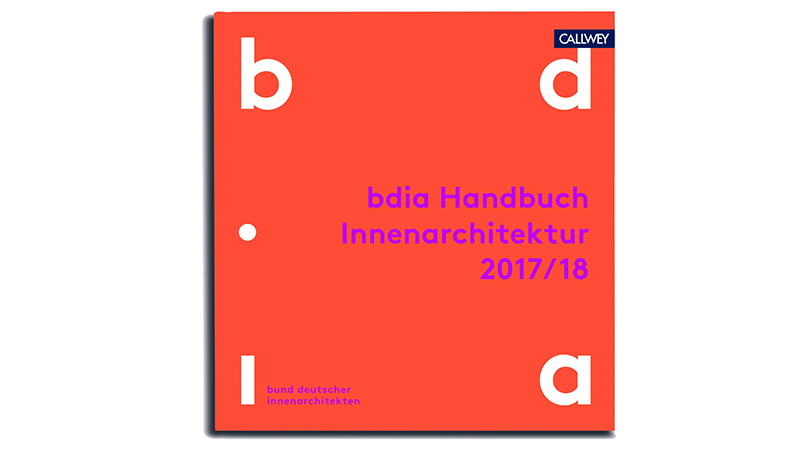 Nominated in the category interior design

„The Prize that visualizes success.“ Under this motto, the German Design Award honours projects that represent pioneering contributions to the German and international design landscape. The award identifies and presents unique design trends. Therefore we are very happy to announce that we are successfully nominated with our project „Brand Embassy Skin“ in the category „Interior Architecture“. 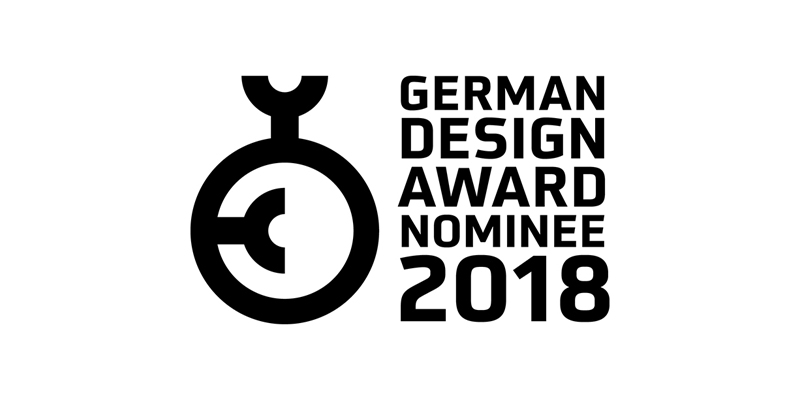 Winner in the category Interior Design

With our project „Brand Embassy Skin“ we won the Iconic Award 2017 as a winner in the category „Interior“. The Iconic Award acknowledges visionary architecture, innovative products and sustainable communication from all fields of architecture. We are very much looking forward to the award ceremony in the BMW world in Munich in October. 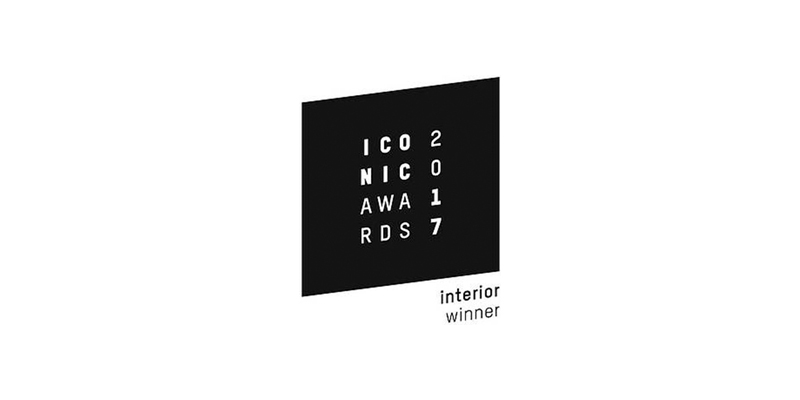 Round Table at Haworth

Design talk at Haworth in Munich

One of world’s largest office furniture producers, Haworth, hosted a discussion about future working models and workplace design. Together with three key speakers Julius Reimann was invited to lead the discussion and find sustainable and new solutions. 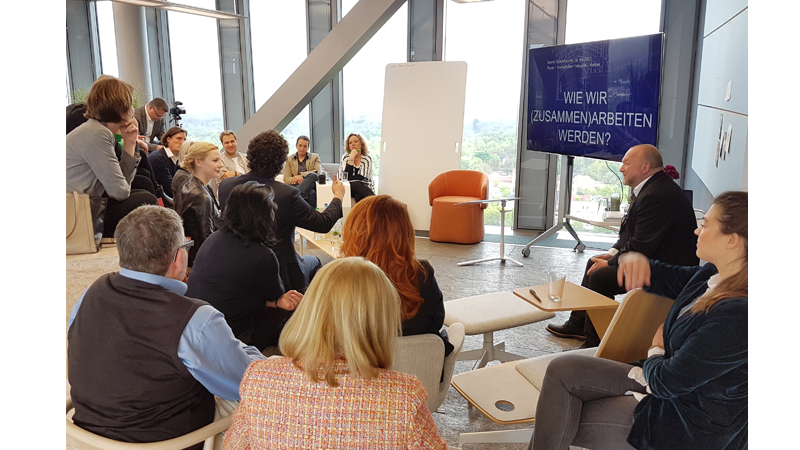 Our design knowledge and experience was in demand at the ISH

Julius Reimann was invited by „world-architects“, an international platform for architects and interior architects, to show architects around at ISH. ISH is the world’s biggest exhibition for water and house techniques and takes place in Frankfurt am Main. 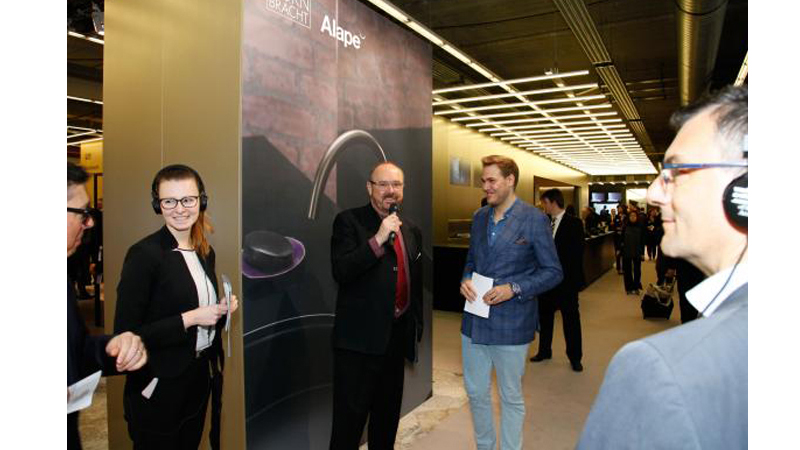 We are proud winners of the Finest Interior Award Contract 2016 in the category wellness & spa Design. We have been awarded for our individual and outstanding realisation of a medical and cosmetic institute in the heart of Bavaria. 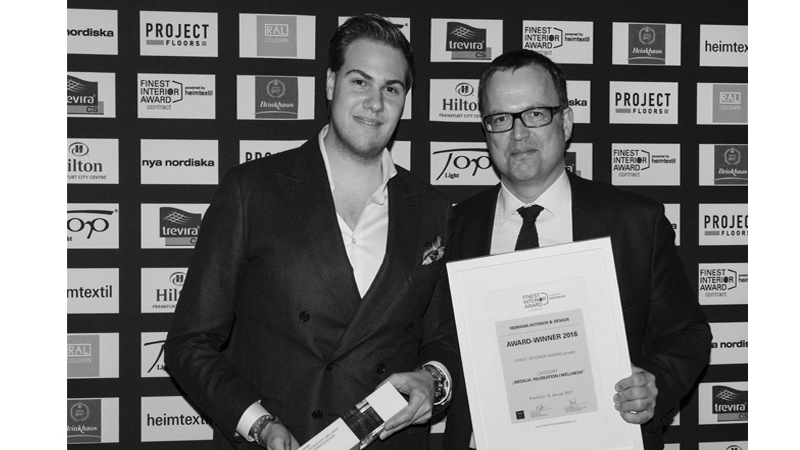